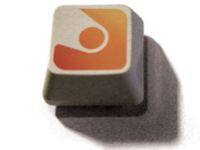 The RESFEST 2005 awards were announced last night, at the RESFEST monthly screening at the Egyptian Theatre, LA on December 13th.

The full list is outlined below. Congratulations to the winners.

I must say I find the audience awards more compelling than the Jury prizes which seem very against my own personal taste. Just as well Jonathan (festival director) didn’t ask me to participate this year!

Inaugurating an awards was something I was always dead against while directing onedotzero. But then the difference at that stage was one of RESFEST seeming to be quite nonpartisan, and my wanting to push specific agendae at onedotzero. The two have come closer together in that more neutral ‘classic festival’ stance in recent years (probably since I retired from festival direction in 2002).

From an outsider perspective I quite relish awards now, and Jury duty: the peculiar combative nature of pushing for a leftfield choice for example, against fellow jurors, is really satisfying.