Posting activity has dropped off considerably apart from short ‘Glances’ bookmarking for a reason. I’ve been working hard on a ‘stealth’ project, which I have just given a web launch:

A Swarm of Angels // Remixing cinema

A Swarm of Angels reinvents the Hollywood model of filmmaking to create cult cinema for the Internet era.

We want to invent the future of film. Call it Cinema 2.0.

A Swarm of Angels is a project to make a £1 million film and give it away to 1 million people in 1 year. The movie will be ‘open source’, using the flexible digital-age copyright of Creative Commons so people can freely download, share, and remix the feature film.

The project is conceived and directed by Brighton-based digital film pioneer, Matt Hanson. It will be funded and developed with the help of 50,000 Angels joining the Swarm, to offer feedback, expertise, and subscribing to the project (£25) to finance its execution.

ASOA triggered the second round of Swarm memberships on Friday evening to push membership from 100+ to the 1000 mark. We have immediately more than doubled membership. At our current sign up rate we will close membership for this development phase within 7-14 days.

If you want to join the Swarm and support a groundbreaking film project, please sign up now. 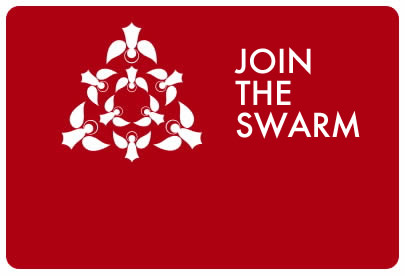