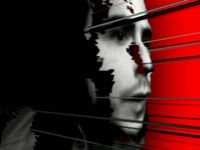 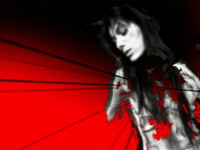 END_OF_DOCUMENT_TOKEN_TO_BE_REPLACED

Best visuals by a VJ/generative filmmaker 2005

From the ultra-minimalist, to the maximalist, the spontaneous and the ultra-considered: Addictive TV Eclectic Method…

END_OF_DOCUMENT_TOKEN_TO_BE_REPLACED

Eclectic Method have released for a fortnight only, a mobile viewing ready version of the…

END_OF_DOCUMENT_TOKEN_TO_BE_REPLACED

Whether you call them VJs (the old-school video jockey, which mainstreamers invariably confuse with MTV presenters), or DJs (new-styled digital jockeys, illustrating the move away from simply remixing analog sources such as tape and slide projection), DJ Magazine recently released a great list of the top 20 best VJs of 2005.

I’m glad to see personal favourites and old friends featured, including Stu and Robin of Hexstatic taking the top spot, and The Light Surgeons also in the top five.

END_OF_DOCUMENT_TOKEN_TO_BE_REPLACED

Inspired by Peter Saville’s iconic design of the Unknown Pleasures album by Joy Division, C505 have recreated a music video taking this signature style and applying it to vintage footage of the band playing on Granada Reports (which was a local Manchester TV programme). It takes a certain amount of design machismo to mess with seminal works such as this but the piece represents a bravura performance by the digital art/design group. Yoshi Sodeoka has been making varying types of sound toys for a while now, with previous incarnation C404, but currently motion is being foregrounded.