I have a nice stash of chip music in my iTunes folder, and have long…

END_OF_DOCUMENT_TOKEN_TO_BE_REPLACED 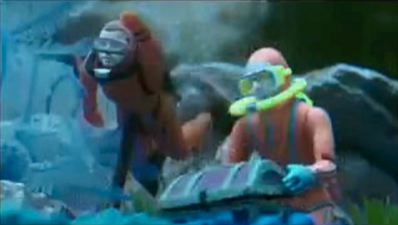 The British Animation Awards 2008 highlighted some beautiful stuff still coming out of UK animation. Never easy to find the edge in BAA results, but definite highlights for inventiveness are the music video winner, Salmon Dance for The Chemical Brothers, by Dom&Nic — and a particularly cool result in the Best Film at the Cutting Edge category with Semiconductor‘s Magnetic Movie (commissioned by the Animate! Arts Council/C4 scheme) leading the pack.

END_OF_DOCUMENT_TOKEN_TO_BE_REPLACED

Björk’s Wanderlust, created by Encyclopedia Pictura (made up of Isaiah Saxon and Sean Hellfritsch), has…

END_OF_DOCUMENT_TOKEN_TO_BE_REPLACED

Spike Jonze is currently serving visual feasts on a platter. What with the Flashing Lights video, the recent leak of upcoming third feature (adult reimagined) Where the Wild Things Are, and now exploding skateboarders (in this extreme intro video for lakai), Jonze is back on a creative hotstreak, and seemingly obsessed with slo-mo.

Take part on May 10, 2008. Pangea Day is about using film to help change the world. “Pangea Day taps the power of film to strengthen tolerance and compassion while uniting millions of people to build a better future.”

An inspirational spin on a film event. The first film to preview is both creative, and thought-provoking.

On May 10, 2008 — Pangea Day — sites in Cairo, Dharamsala, Kigali, London, New York City, Ramallah, Rio de Janeiro and Tel Aviv will be linked to produce a 4-hour program of powerful films, visionary speakers, and uplifting music. The program will be broadcast live to the world through the Internet, television, digital cinemas, and mobile phones.